You Better Watch Out !!!


Nga Kor Ming has made threats against YB Datuk Hamidah Osman (YB Midah) following exposure to Senior Executive Perak State Government on the issue of 10.526 acres of land to a company owned by Ngeh Ko Ham.

YB Midah expected to lodge a police report at the police station today at Village Meetings related threats, which he characterized as a threat to himself and his family. 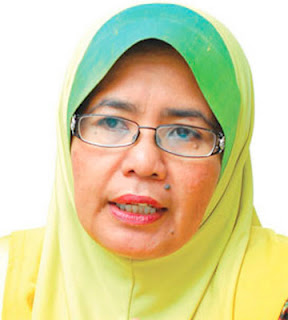 Senior Executive Government, Datuk Hamidah Osman will lodge police reports against Pantai Remis assemblyman Nga Kor Ming for making a threat deemed to be threatening himself and his family.

Hamidah said the police report will be made at the Village Meetings Police Station today.
According to Hamidah, threats were uttered by Nga when the hall during his break to drink on the fourth day of the state assembly sitting yesterday.

Nga has come last shirt pointing fingers saying "You dedah you watch out I’ll go after you", he said.

"I think this is a threat and I think it may threaten my safety and should make a police report to protect myself and my family,'' he told reporters in the media room on the last day of the Perak State Assembly this afternoon.

Asked reporters that Nga denied the allegations, he said, he had a witness during the incident.

"I will not make an accusation without witnesses,'' he said.


Why Nga Kor Ming-latah melatah when this issue is disclosed. He should not have to be afraid if the disclosure is not true and just to humiliate him. But when she got blackmailed, blackmail like that, as if affirming that he was 'guilty' in land issues shroud of the era ...!!

The le level of opposition in the state assembly YB Silver .... cocky, arrogant, obsessed overpowering, proud and NAK MAMPUS !!!
Posted by Unknown at 21:54